When I was young, going to school in Ottawa, I would dream of living in the Maritimes where I would spend my days exploring the rocky shores and walking along sandy beaches looking for treasures from the ocean. Later on while in High School, the dream was to go out west where everybody was going to work after graduation. Then I met my Carl, a Cape Bretoner living in Toronto, and he’s the reason why I am where I am today. 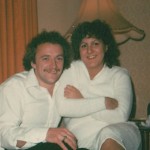 Back in 1982 when most of the young people were leaving Cape Breton to make a living elsewhere, Carl and I left the busy city life in Ontario to go live in Cape Breton. Late March 33 years ago, we packed our apartment belongings (including the wall-to-wall carpet) and cleverly stacked the best part of it into a utility trailer and the rest into our trusted ‘75 Oldsmobile Cutlass Salon. From Toronto, we made our way to Ottawa where we spent five days with my family before heading down the road to Cape Breton Island. I must say it was all bittersweet. But I was young, 22 years old and newlywed with a nine month old baby girl and big dreams about to become a reality. 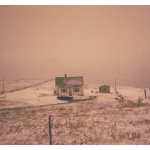 On the drive from Ottawa to Cape Breton, we had to deal with a gas strike in Quebec and blizzard conditions in New Brunswick and Nova Scotia. It was three days later, April 8th when we finally crossed over the Canso Causeway and onto the bridge greeting us with the words “Welcome to Cape Breton”. At last we pulled into the driveway, cheering at the sight of the little house we will be calling home! We didn’t really have any plans just yet but to live in the house that Carl inherited, the same house he grew up in and to raise a family in a place known as God’s Country. 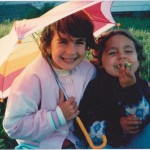 I was warmly welcomed in my new home with the best neighbours anyone could ask for and a caring community of friendly people who took me in as one of their own. For the first 6 years, I was a stay-at-home mother to my 2 daughters and by 1988 we started up a small business running an automotive repair shop which we ran successfully for the next 19 years. The only thing that always played on my mind as the girls were growing up, is the chance that after graduation they will be leaving home to attend University or to make a living elsewhere. As I knew this was going to happen, they did go off to study at some of the best Universities in Canada and are now  both making a living elsewhere. Maybe one day, Nova Scotia might be able to lure them back, taking with them their new experiences and new ideas back home.

2 thoughts on “Moving to Nova Scotia”

Would you like to support the
Cape Breton Living website?
It would help with the costs of
hosting and running this site,
so we can keep on showing off
this awesome island to the
rest of the world.